Design of jewelry showcases for the jewelry enterprise “KLONDIKE” 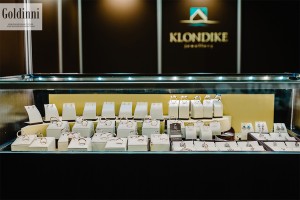 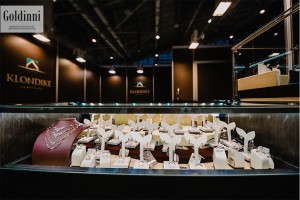 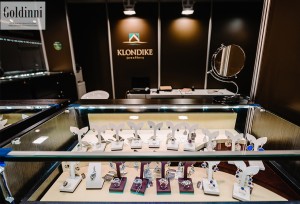 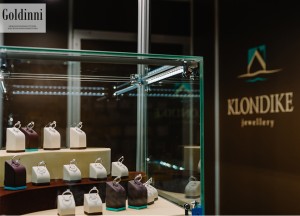 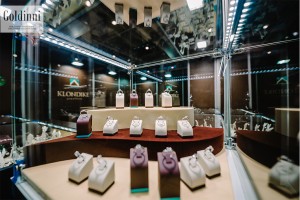 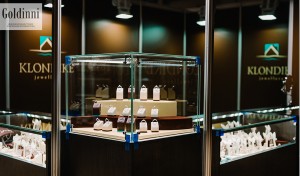 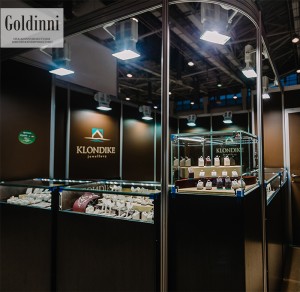 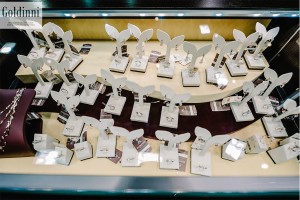 Once again our studio designed jewelry showcases within International exhibition JUNWEX 2015. We have designed showcases of the jewelry enterprise “Klondike”. The company appeared in the market in 2010 and today jewelry is provided in shops more than in 40 regions of Russia.

Window dressing at jewelry exhibitions has its own specifics, the companies want to show a wide assortment to the maximum, at the same time the showcase shall be visually comfortable, well illuminated and be simple in the course of work. Here in priority simplicity of design, ergonomics, emphasis on the presented products and the correct lighting.

In this case as a basis of design were taken soft curve lines, similar to those that are presented in the logo. The space of each showcase was divided into 3 podiums, thereby each showcase was in its theme, but divided into levels for the best perception. Each podium presented itself free-standing construction, flocked according to corporate colors. We also proposed construction and design of an angular showcase, which became the central element of the exhibition stand. Podiums were made according to the layouts, prepared in our studio. Flocked podiums can be reused at exhibitions with careful handling.

We wish success and prosperity to the jewelry enterprise “Klondike” and thank for the appeal to our studio!

How do we work:

We provide all our thoughts to the customer in the form of 3D visualization for descriptive reasons. The concept of window dressing includes the presentation with several ideas and the detailed description. After the statement of one of design variants, we start realization. We work all over Russia and abroad personally and remotely, always ready for new interesting projects!